Pub Awards - Pub of the Season

The Branch awards its Pub of the Season Award to pubs that are trying that bit harder to promote real ale and a community atmosphere, often in areas not that known for real ale, where real ale is very hard to find. In some cases, the pub might not have sold real ale before. In recent years, pubs that are in the Good Beer Guide have not been eligible for selection but very often a winner does go on to achieve GBG status. 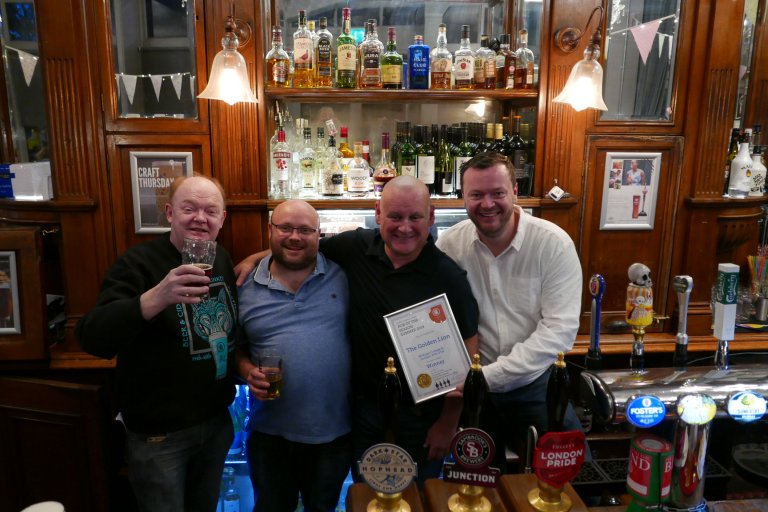 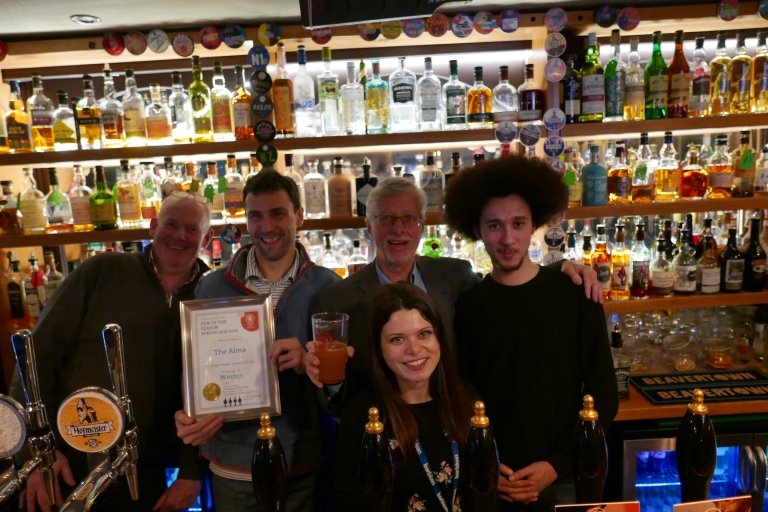 The Landseer Arms in Upper Holloway is our Summer Pub of the Season. Steve does it again. Upper Holloway Pub wins local CAMRA award https://whatpub.com/pubs/NLD/5860/landseer-arms-london 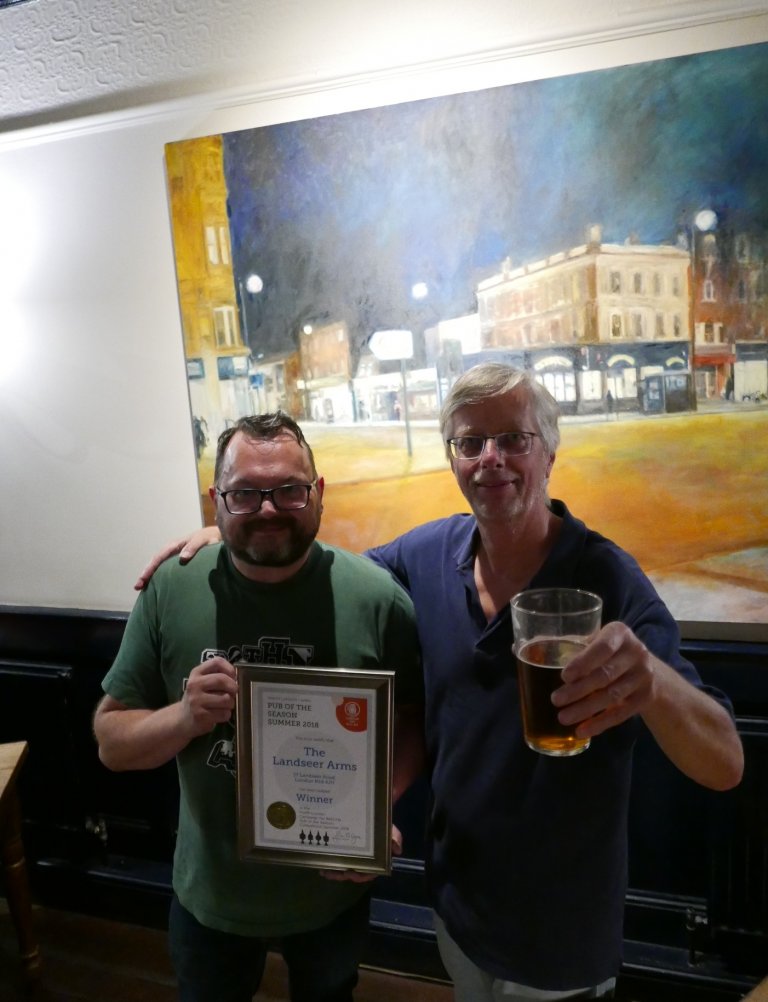 After two and half years of being closed, the Dartmouth Arms in Kentish Town has won CAMRA North London’s Winter Pub of the Season Award. Saved Pub wins local CAMRA award https://whatpub.com/pubs/NLD/6093/dartmouth-arms-london 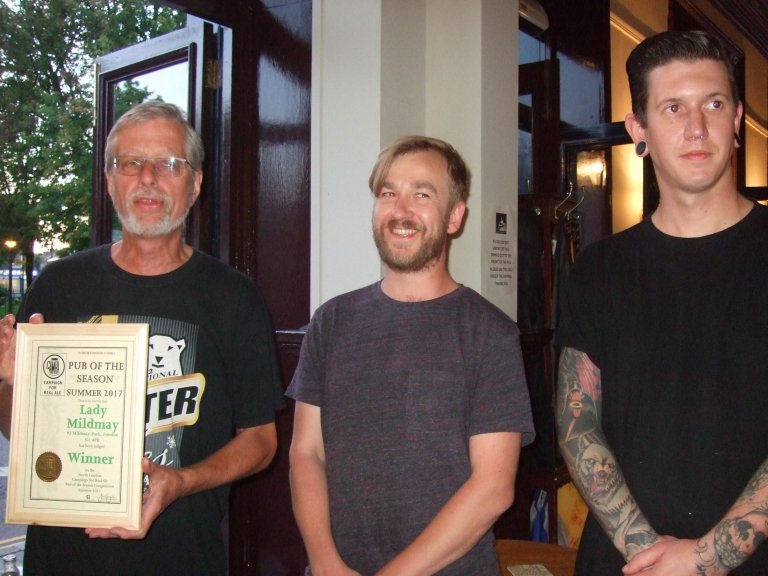 The Lady Mildmay has been awarded the CAMRA North London Summer Pub of the Season Award. The ceremony took place in August where some excellent pints of local beers including Hammerton & Redemption were supped. https://whatpub.com/pubs/NLD/5477/lady-mildmay-london 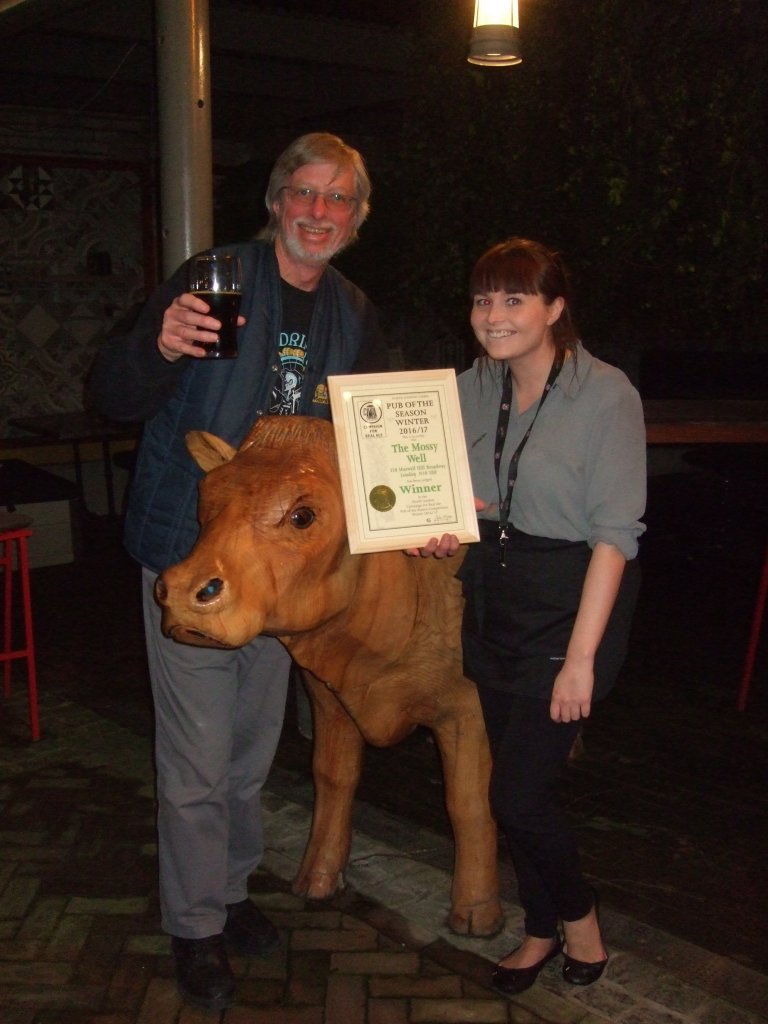 Once the Express Dairy Tea Room, with a milk depot at the rear, the Mossy Well pays homage to its heritage in a number of ways, including a milk float and a cow in the garden (albeit not a real one). But it is another type of liquid that has resulted in the pub gaining an award from CAMRA, the Campaign for Real Ale, namely our Mossy Well Pub of the Season 2016/17 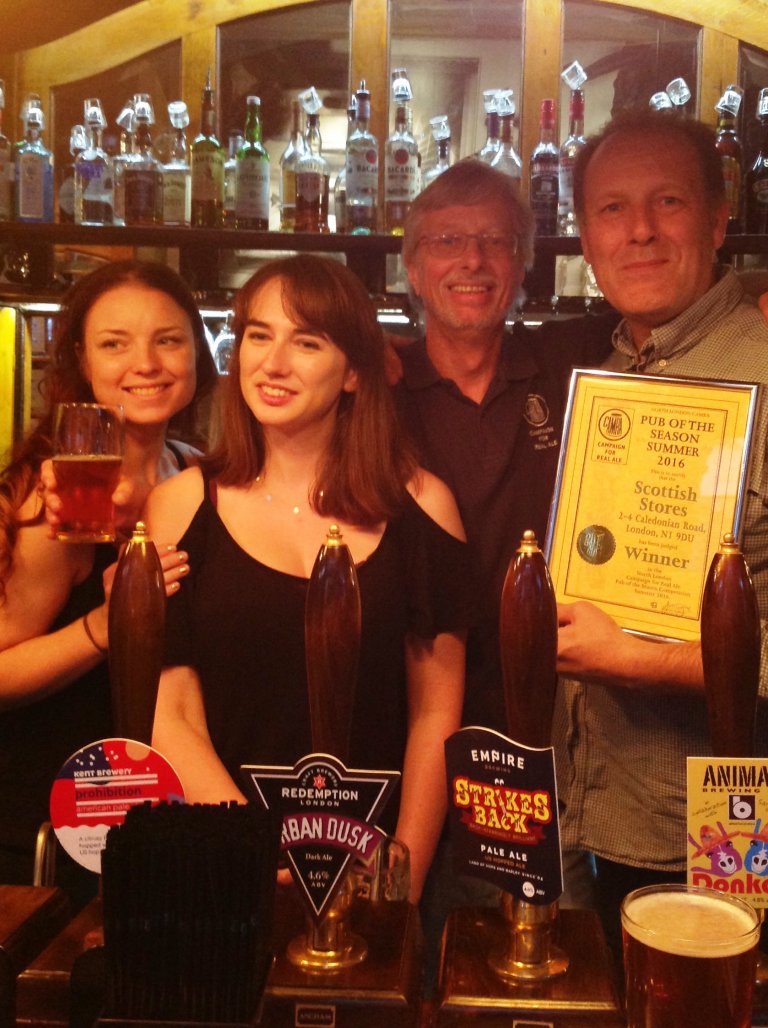 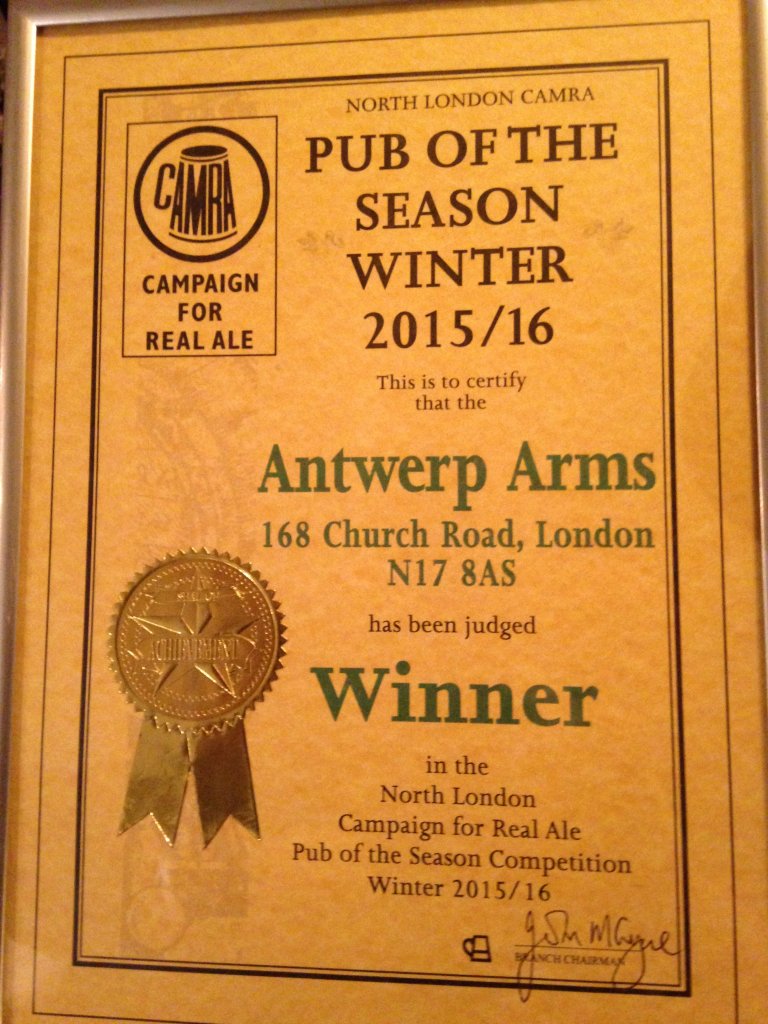 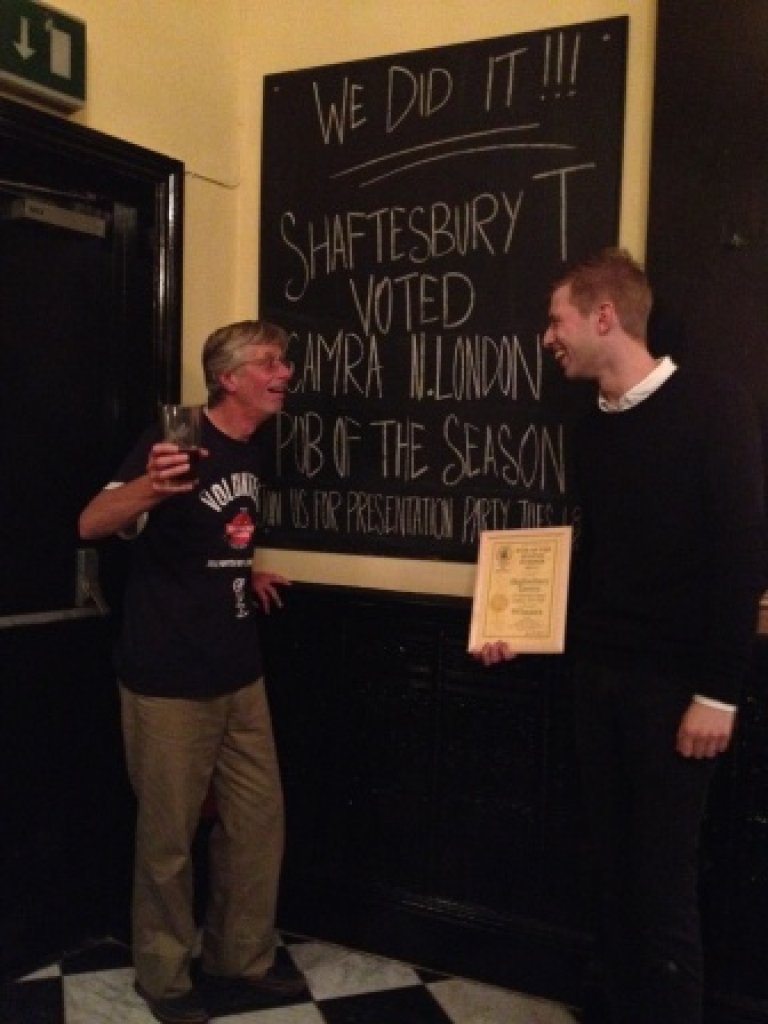 The Beehive Tottenham Pub is a First in winning CAMRA North London's Winter 2014/15 Pub of the Sesaon Award, the first pub in Tottenham to do so. 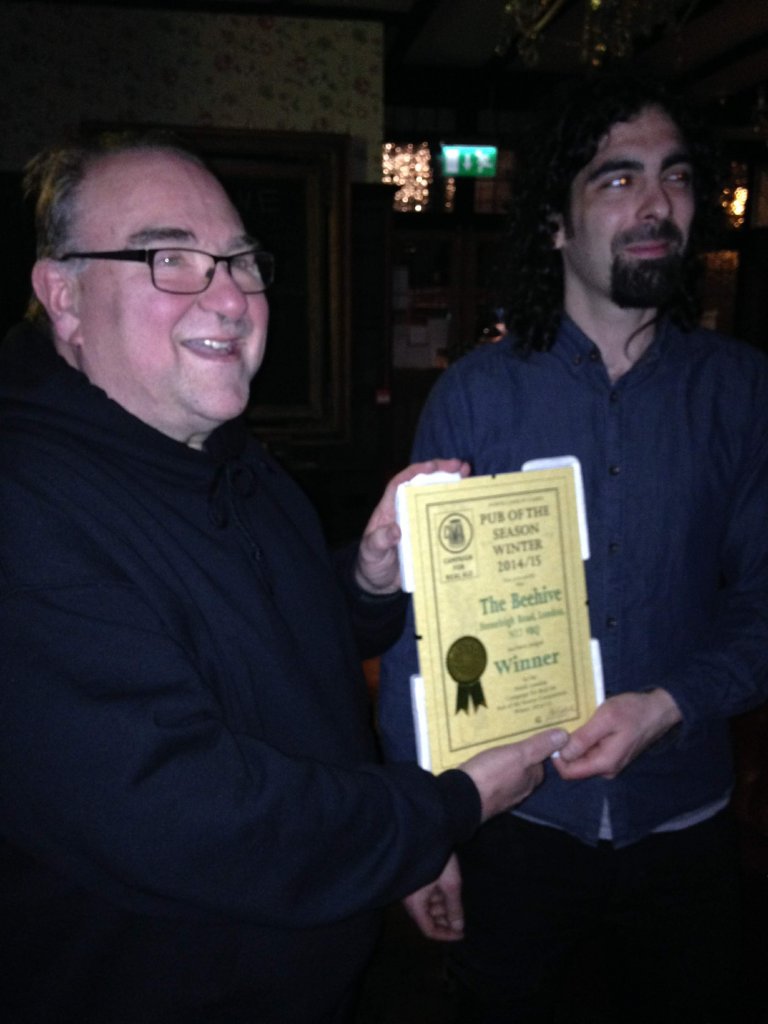 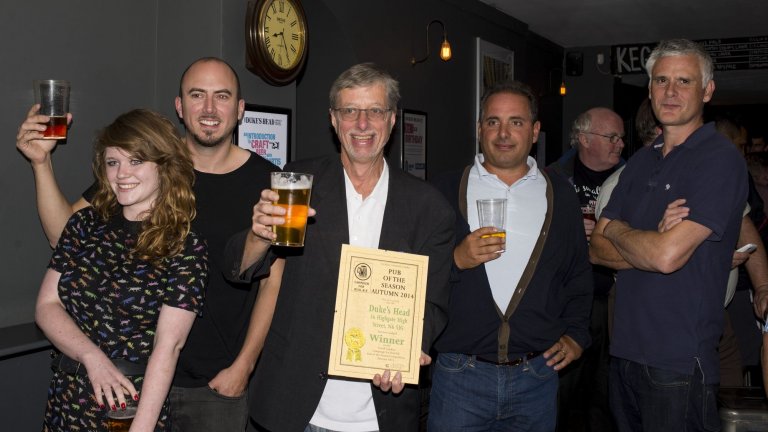 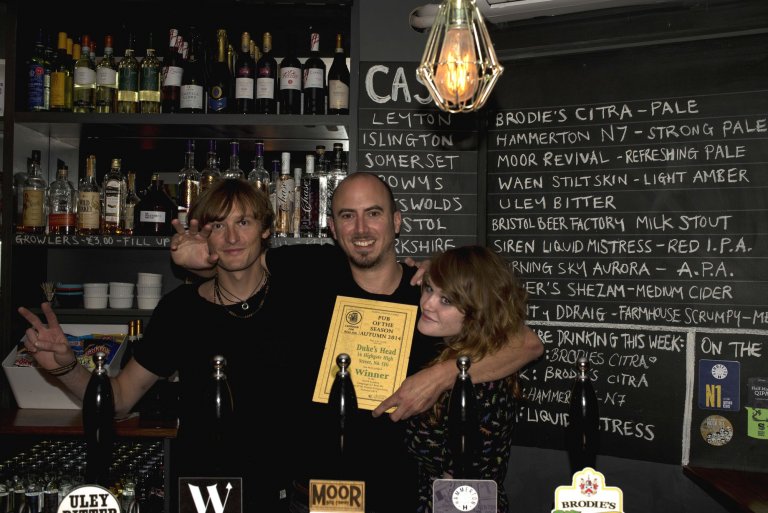 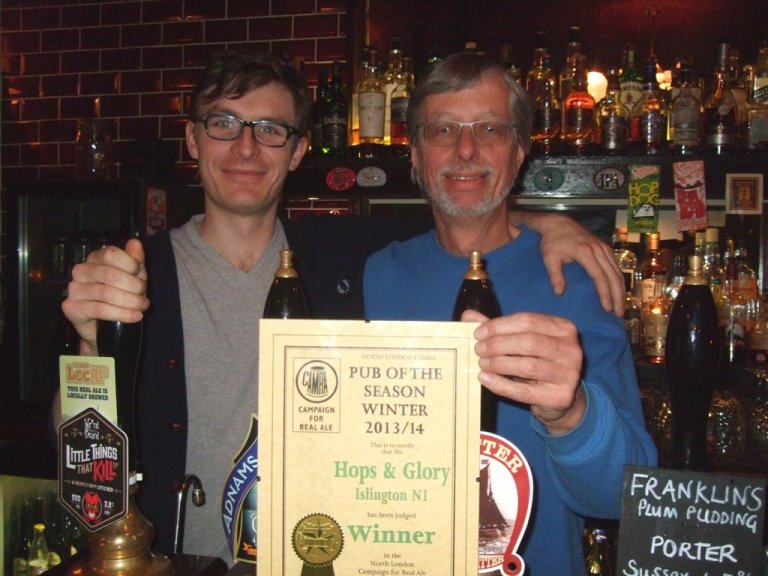 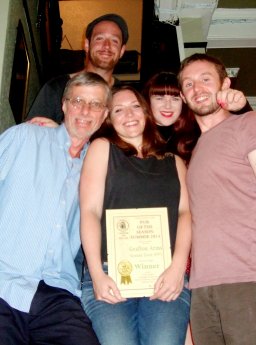 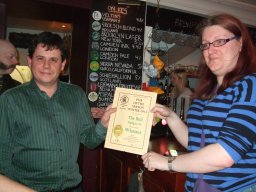 For more information click...Tapping The Admiral 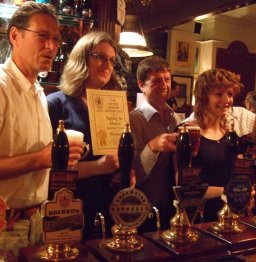 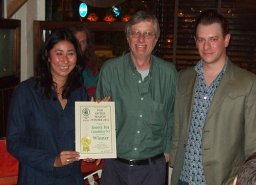 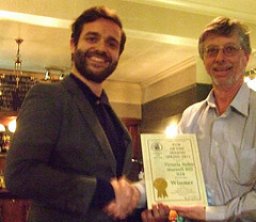 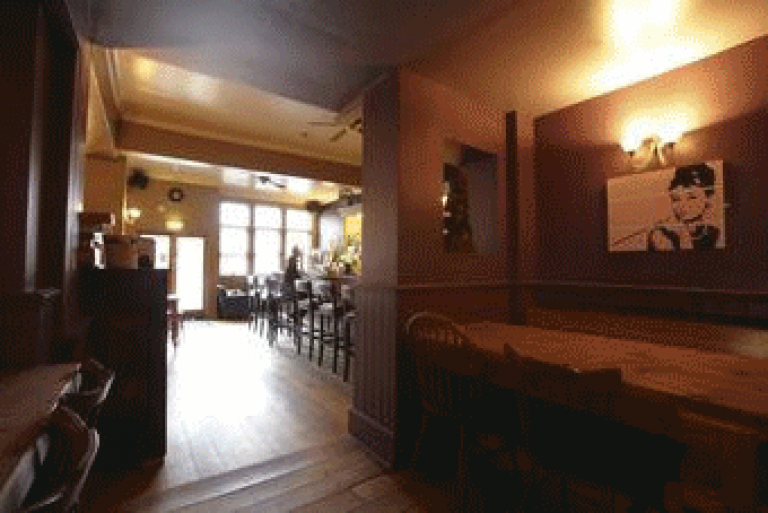 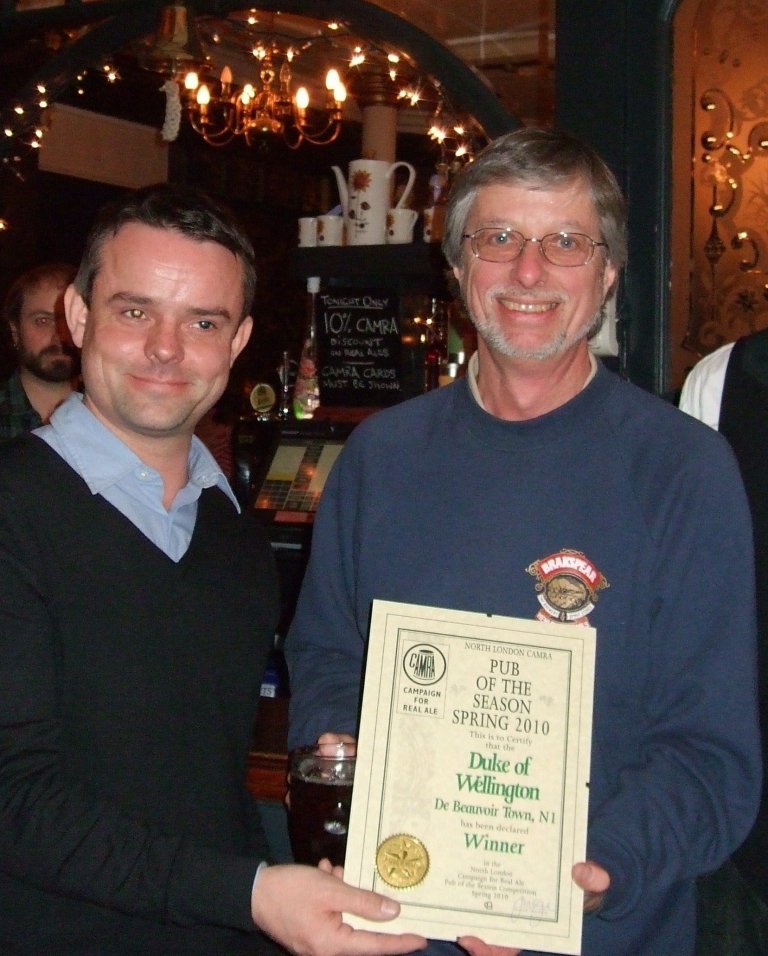 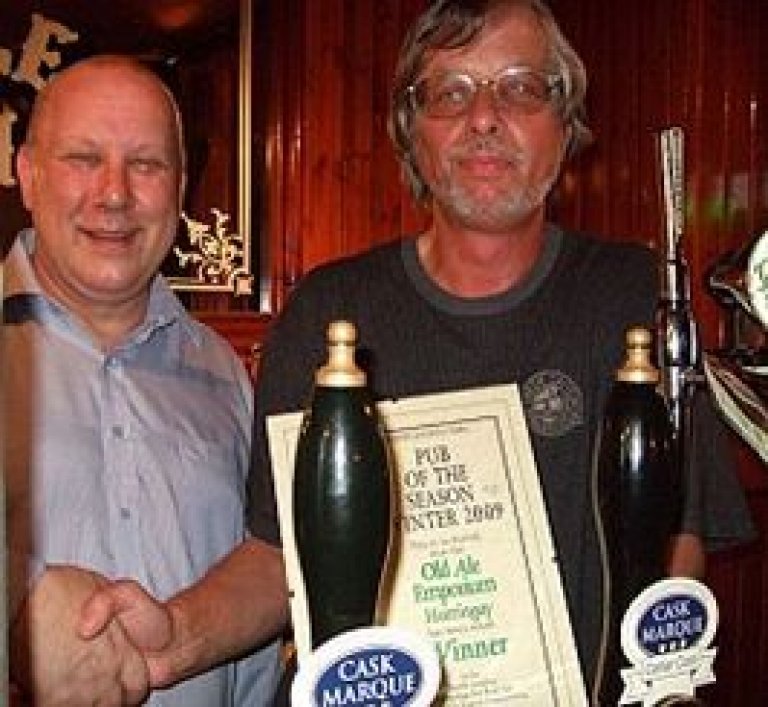 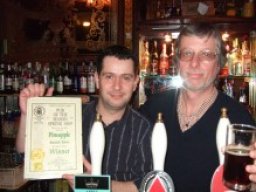 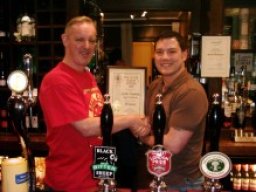 During 2004 the Branch was engaged in its 30th Anniversary celebrations. A number of pubs received 30th Anniversary Certificates through out the year, and as a result there were no Pub of the Season awards during this period.